Upgrade your desk with this premium full-grain leather mousepad. The thick vegetable-tanned leather provides a cushion for your hand and a smooth surface for your mouse. It’s one of those simple products you never realized how much you needed until you have one.

Also available in our standard size


*Please note: Since leather is a natural material each piece will have slight variations and markings.

Shipping cost is based on weight. Just add products to your cart and use the Shipping Calculator to see the shipping price.

We want you to be 100% satisfied with your Ugmonk purchase. Items can be returned or exchanged within 30 days of delivery. Thank you for submitting a review!

Your input is very much appreciated. Share it with your friends so they can enjoy it too!

I love this mousepad. It’s perfect for me because it complements my minimal aesthetic for my workspace. The material is quality! I’m definitely glad that I made this addition to my space.

I love using this mousepad! It has such a feeling of quality and is the nicest looking thing on my desk. A while back I saw a bunch of users post photos of their mousepad showing wear over time. I can't wait to see how mine ages over time. Thanks Jeff and team!

Looking forward to it being ‘broken into’. I can already see nice tan emerging. I only thought it was kind of expensive (possibly cost of a pair of leather shoe at discount :)

I love it! Far more useful and very good looking leather mouse pad, for a very affordable price. It has a very nice leather texture yet very smooth. Works flawlessly with my Logitech MX-3 mouse. I ordered an XL size in black and it fits great on my desk and looks very sharp and professional. Love it, what more can I say...

This is my second leather mousepad from ugmonk. Love the way these things age. Go for the large one if your a designer.

I love the leather mouse pad. It is very high quality. 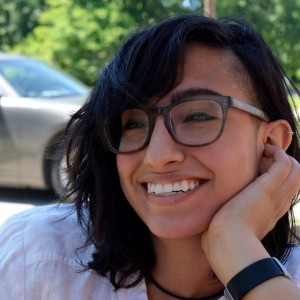 TL;DR: This is a solid mousepad. It's substantial, it has character, and it looks pretty nice on my desk. It might be a smidge more expensive than what can be found elsewhere, but I expect it to last for years--along with my happiness of supporting a great designer and company :) rambling below I've never owned a mousepad. When I was younger I assume we had one for the family desktop but once I went to college it was laptops and wireless mice on chipboard (or self-healing mats, a textbook, etc). It wasn't until recently when I noticed that my new mouse was having trouble keeping up with my movements when being slid around on the random surfaces I decided to use as impromptu pads. "Ah." I thought, "This is probably was mousepads are made for." I was wavering back and forth on if I wanted to spend the money on what seemed like an unnecessary accessory, but after reclaiming my partner's old mousepad (it was replaced by a mousepad with a custom doodle of mine on it) I realized... 1. I should at least keep the area around my mouse clear to have a dedicated space for a pad 2. Having a mousepad is nice 3. I'd like a nicer mousepad than my partner's old one (it was literally falling apart--the top cloth layer was nearly halfway in its divorce from the foam pad below. This mousepad is exactly as its description says: a thick leather mousepad with its own character (mine came with some light scratches on it). I like that I can see the effects of the embossing on the flip side of it, and that its substantial enough that it cushions my wrist a bit and also smooths out the slightly uneven surface of my desk (a DIY project that's eternally a WIP)

Exactly what i expected from Ugmonk’s dedication to quality and sleek designs.

United States
A beautiful addition to my desk!

Love it. It's is just what I was expecting.

United States
Classy and well made

Love it for my new WFH office!

My only issue is it is more brittle than I expected and the bottom slide around on my desk a bit. Hoping more use will break it in a bit. Overall I like it

This is a great addition to my desk space. Looks great with the black and white vibes I have going on, can't wait to see how it wears!

excited to see the leather on this age. great product.

United States
I should have gotten it sooner

For as many hours in a day my hand rests on a mousepad I should have set myself up with one of these long ago.

It's great! Color matches my expectation. It's not entirely flat (a little raised here and there), but I'm hoping it'll flatten with time.

The mouse pad itself is very nice but I’m a little bummed with the quality control. The first one I received had an elongated bump that kept getting in the way of my mouse. I reached out to customer service - they were great and said they could send a replacement. They sent out a new one once they received my return. The new one is completely flat but it has scratch marks all over it and what appears to be a few grease smudges that are noticeable in the light. I ran my own mouse over it and it left no marks behind so either that's the normal look that's a part of the leathering process or someone used it with a scratchy mouse. If that's the case, I wish it was inspected before it was sent out. I guess I'm guilty of lightly testing out my first one for a few minutes before sending it back so I'm just going to keep this one. A message about gently testing out the product before returning might be helpful for other customers. At the end of the day it's just a mouse pad and will receive wear and tear but for the price, I'd like to know I'm getting a new one (or a used one in like new quality). 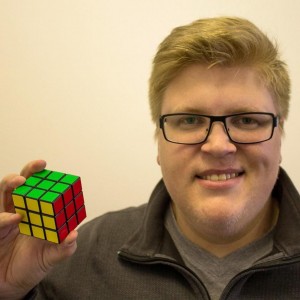 You can feel the care and craftsmanship that went into making this mouse pad. I'm really looking forward to making it my own as the colour starts to change with use, which is a cool feature and is what sold me on it. My only request would be that there would be some sort of rubber or other material on the bottom so that it doesn't slide on my desk while I'm using it.

I ordered a Premium Leather Mousepad in black for my matte black glass desktop. I’ve been using 3M Precise Mousing Surface pads for years but not any more. I love the feel and looks of the Ugmonk pad…so much so that I ordered another for my other Mac.